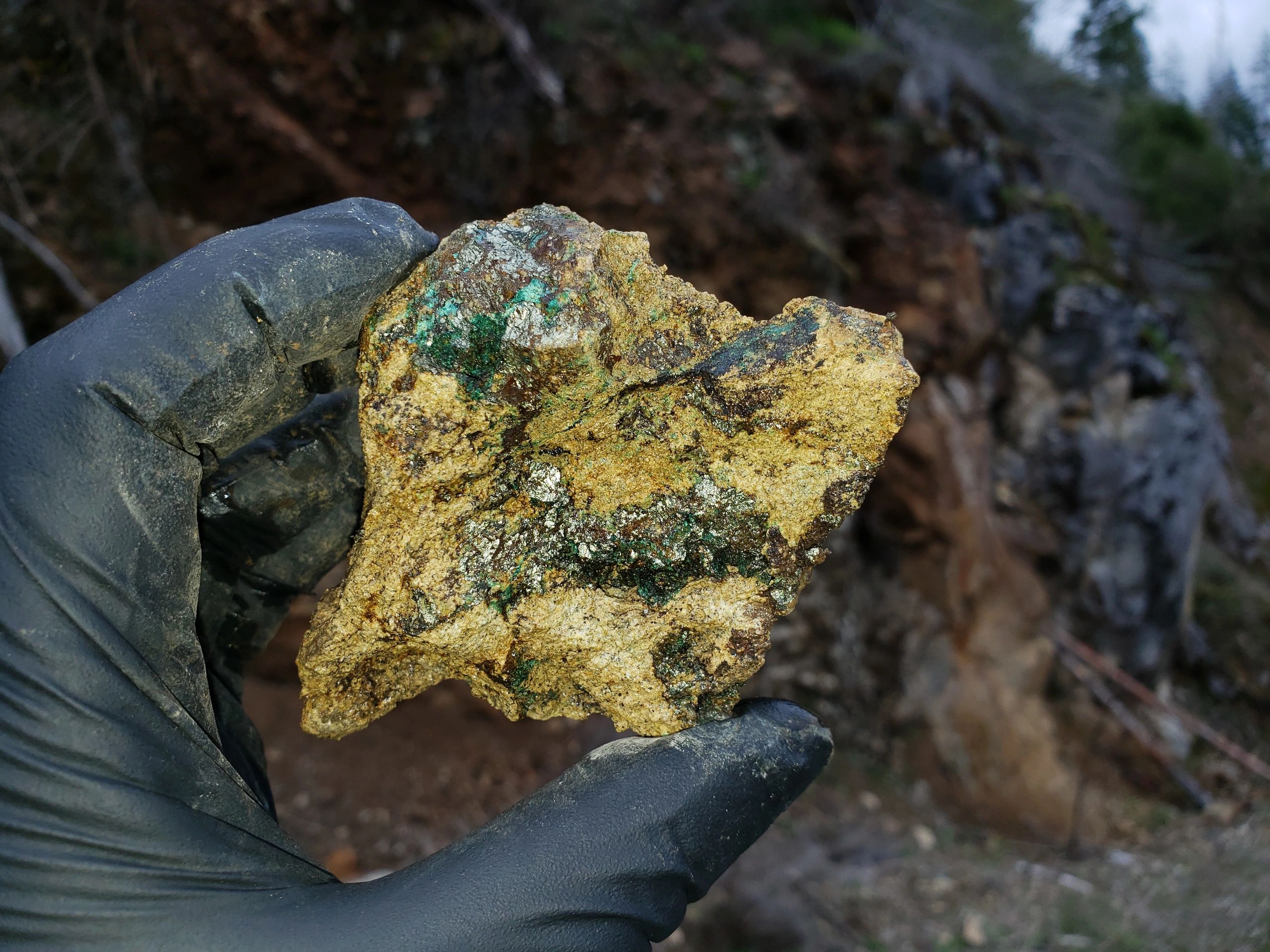 This single cell tenure comprises several old workings including two small adits, several open cuts of which 107 tonnes of ore was mined in 1917. Multiple new showings have been located. An XRF analysis of 10 samples from these exposures show very high grade copper some exceeding 40% cu, with 60g/ton au and ag values.

- The Sunnyside property is located in the Lake Cowichan area and is readily accessible by vehicle to a private logging road. Gate access can be obtained otherwise it is a 15 minute walk to the center of the single tenure.

- Multiple new showings of high grade copper and silver have been found on the property and old workings located.

- The ore-bodies occur in limestone and tuffaceous members which are folded in a series of overturned folds.  The beds are displaced by a series of thrust faults which have a general east strike and dips of 10 to 20 degrees south.

- Chalcopyrite-bearing  skarn is developed at the contact between Parson Bay Formation, limestone (Sutton member) and Karmutsen Formation basalts.  Lenses of  chalcopyrite occur in a quartz gangue along the contact zone which is up to 100 metres wide.  Garnet- epidote-actinolite skarns are also developed in limy tuff, limy sediments and limestone, apparently  interbedded with the upper portions of Karmutsen Formation basalts.

- The sulfide mineral composition of  the ore zones on the property typically consists of chalcopyrite, pyrrhotite, pyrite and occasionally magnetite and sphalerite. These zones are typically small in size, being folded tabular bodies.

- Samples were taken from the Sunnyside mine entrance and three showings and sent in for analysis. The assay results are attached below.

This property is for sale or option.

Chalcopyrite with malachite attached to a limy tuff. Sample from inside the main mine adit.